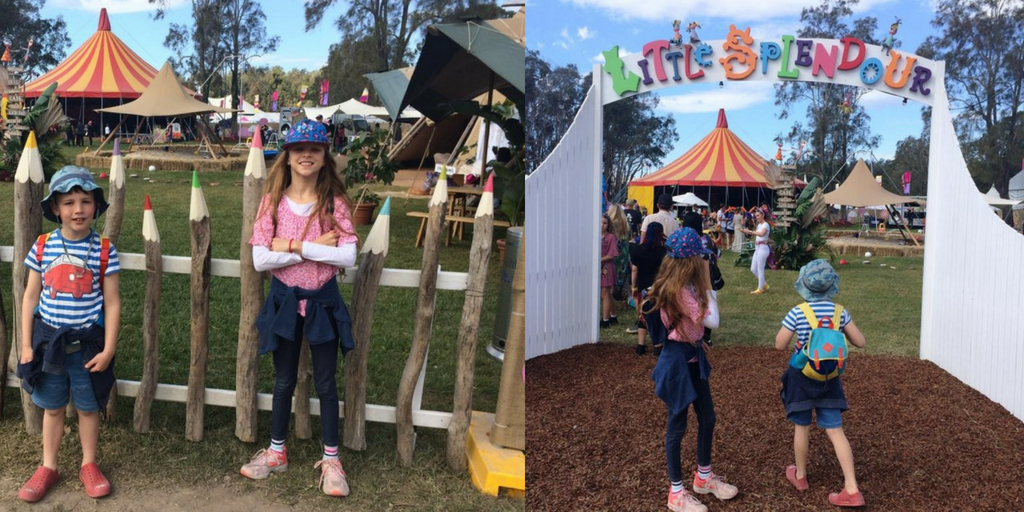 Pre kids, my husband and I loved to go along to the local music festivals – buying earlybird tix as soon as they went on sale for Bluesfest and Splendour In The Grass.

When we used to go, we could ride our pushies along to the Festivals either at Red Devils Park or Belongil Fields. Wristbands and some cash in our pockets was all we needed. Oh and a rain poncho in one back pocket and a packet of tissues in the other as toilet paper seemed to run out very quickly!

Phone technology wasn’t the awesomeness it is today – I mean we could call and text but the photos were still pretty dodgy and anyway – the signal was usually terrible as so many people were overloading the primitive towers.

And then we had kids!

When my daughter was little, she cried at the sound of a plane flying overhead, a nearby lawnmower and heaven forbid someone should use a leaf blower!! Even New Year’s celebrations were out due to firework noise.

Our son was afflicted in a similar way, although it wasn’t planes or lawnmowers… it was thunder and lightning. Growing up, I used to love storms; tucked up cosy at home – I’d open the curtains and watch the sky crack open with the lightening and feel a thrill at the deep rolls of thunder and the rain beating against the windowpane.

From being a tiny bub our son would even start moaning and groaning in his sleep a few minutes before the storm kicked in… we used to swear he was a human barometer… and then the terrified screams and cries as the rain pelted down and thunder and lightning boomed and echoed through the house. He still wakes up now with a storm but thankfully crawls into our bed and doesn’t scream the house down!

So, despite still receiving the regular emails for earlybird tix and artist announcements, festivals fell off the radar for a good while.

That is until now.

Earlier this year, I was chatting with Trudi Fitzgerald, owner of KidzKlub Australia and mastermind behind Little Splendour, who won me over with her enthusiastic description of a huge safe space for kids within Splendour In The Grass filled with all manner of delights dedicated to children. From roving entertainers, a multitude of craft activities, jumping castle, silent disco, dress-up plus their own big top with music and theatre shows especially for kids – not to mention a parents retreat, coffee cart and clean toilets!! I cannot tell you how thrilled I am to have had that chat with her. Our kids have attended lots of activities and events put on by KidzKlub over the years – from school holiday programs, Farm Kids Workshops, Artie Fartie Parties – we’ve even used their face-painters and entertainers for our own children’s birthday parties.

They’ve always been excellent and the kids have had the best time and so I began to feel a tingling of excitement that maybe we could do this!

Being flat out with School Holiday preparations for Byron4Kids, the festival seemed to arrive within the blink of an eye and all of a sudden we were in the car, driving just half an hour to Splendour In The Grass on a sunny Friday morning.

The kids and I were feeling a combination of amped and apprehensive. We weren’t really sure what to expect – I could only reassure them that there was a special place for them to enjoy when we arrived.

We parked easily and made our way to the tractor trailer to take us up to the entrance of the festival. There were lots of people and it was the first day of the festival so outfits were en pointe and the vibe was edgy. The children could feel it too and stuck to me like glue – goggle-eyed and whispering. Later that day, when I asked my daughter about her first day at Splendour, she described it to a tee. “It’s ballistic Mum!” she said, her eyes huge and shining with excitement “but why are so many girls walking around in their underwear?” I’m not sure if it’s this year’s fashion statement or if it’s been like that for the past few years but g-strings and wide-net crochet dresses/skirts/tights were everywhere – and I guess when you’re a little person walking in a crowd of big people – all those bare bottoms in g-strings can seem very in your face!!

We navigated our way through the well-signed entry and were blown away by the enormity of it all. Everyone else seemed to be moving around – going somewhere – we were fair rooted to the spot in wonder until my son shrieked – “Look Mum!” I looked to where he was pointing, all manner of possibilities crossing my mind. Could it be someone we know, a school friend, a home friend, a celebrity even…”There mum, THERE!” I scan the scene feeling a mild sense of panic as I to try to locate what he was pointing to as I couldn’t spot anyone we knew until he finally got the words out “that girl’s wearing an Elmo backpack!”

Feeling the need to find a quieter place before distinct overwhelm kicked in, we easily found Little Splendour, opposite the General Store, the entrance a delightful fence of large coloured pencils leading to a wide white arched gateway emblazoned with the funky coloured text ‘Little Splendour’.
Upon entering, we were welcomed by a hula-hooping girl in a unicorn costume. She proffered the hoop to my son who enthusiastically took it and surprised us with his hula-hooping skills! 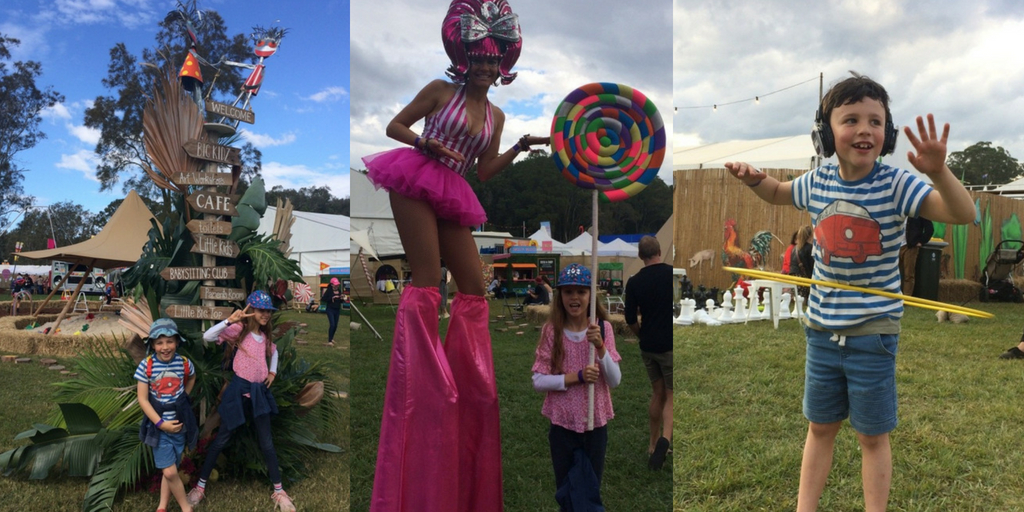 We registered at the reception desk where the friendly lady explained how Little Splendour worked; opening hours, entertainment options, parent’s retreat and we received our special wristbands – only parents/guardians and children are allowed in this zone.

The children felt instantly at home. Without a doubt, they knew instinctively it was a place for them and any concerns they had dissipated as they wandered in delight from one thing to the next. Shorty Brown – a family favourite was working her magic with the bubbles and was happy for the kids to get stuck in and create their own. Tony Twist, the balloon man was creating some seriously rad head-pieces as well as wonderful animals and the obligatory sword or two. The jumping castle was a hit! Imagine being able to stay on as long as you like! Big shout out to the kid DJ’s who worked the silent disco DJ Box. It was awesome and the kids were frequently thrusting their earphones over my ears with “Listen to this!!” their heads bobbing away to the tunes. A large covered sand pit and play area was in the centre surrounded by hay bale seating – a great spot to watch the amazing Circus Arts aerial shows put on twice a day. 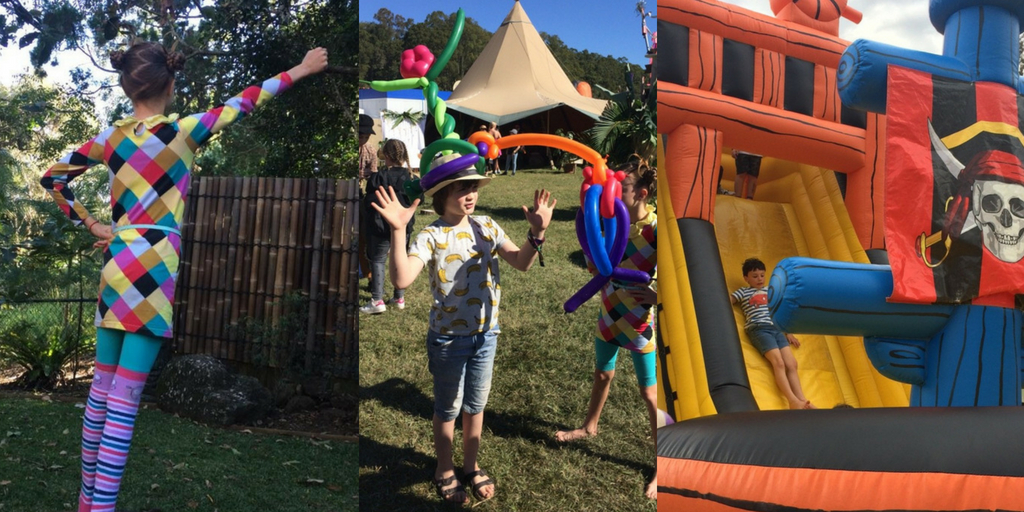 There were simply delightful cubby’s set up as shops and juice bars, a fun slack line set up between 2 large trees, hula hoops, table tennis, swing ball tennis and huge games including Connect 4 and chess just dotted around the place, enticing the children to play. 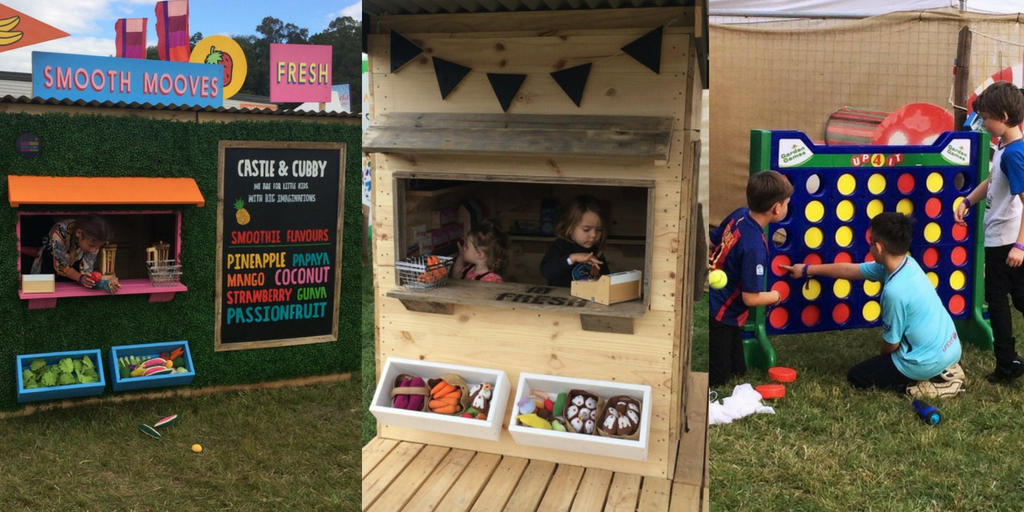 The kids could get crafty with The Artie Fartie Partie which was set up all day long – or they could get involved in a number of special craft activities – different every day – including macramé, tye-dyeing, stamp print totes & floral hangers.

The roving performers were wonderful with the children too. From stiltwalkers in their beautiful costumes – always happy to pose for a photo and  enjoy chat with the children to fabulous face-painting, Freestyle Footballers ready to share their tricks, Jugglers, Hula hoopers, Ukulele workshops and more! 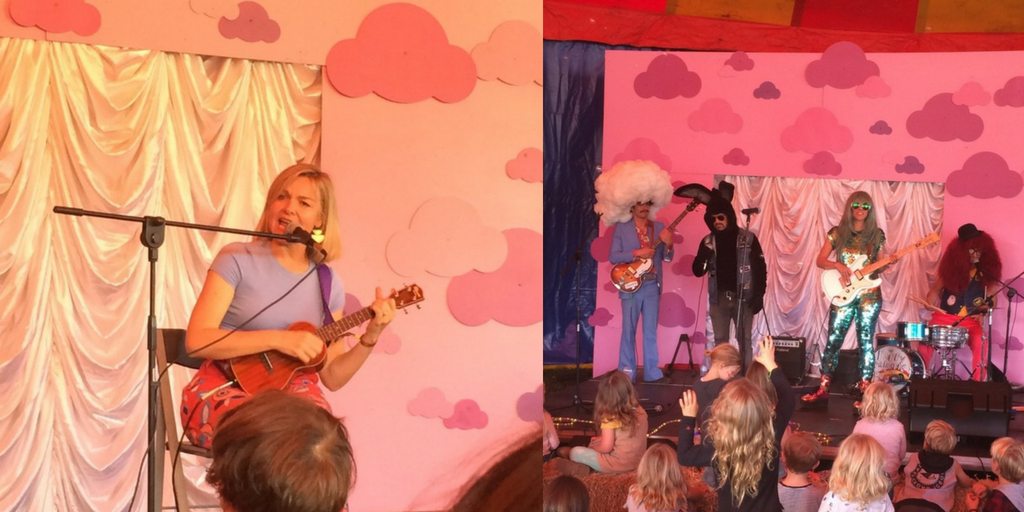 And it was quite literally their own mini festival in the Little Big Top. We saw some fabulous kids music and theatre shows including Johnny The Jester, Kiddywinks Puppet Theatre, Poppy Galactic with a guest appearance from Bunny Racket and Justine Clark! 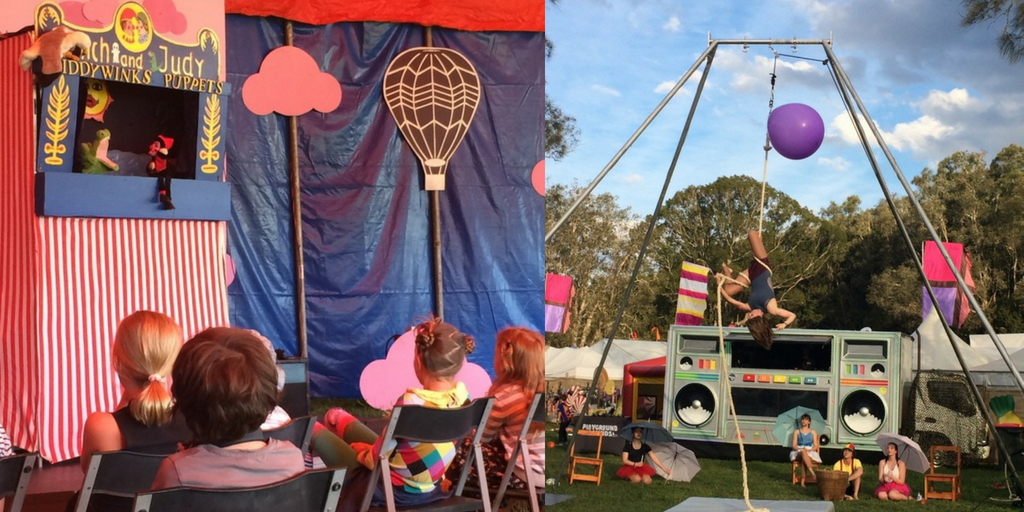 There were plenty of places for the parents to relax too. With an onsite coffee cart, and two large teepee’s with comfy seating (baby change facilities at the back of one of the teepees) they were lovely quiet and calming spaces to enjoy a bit of rest time. And, although Little Splendour shut at 5pm, they had baby-sitting options available until midnight or, if you were staying on a bit longer with your kids at the festival to watch a couple of bands and have an evening meal – they were happy to let you pop back into the parents retreat to rest up in between. 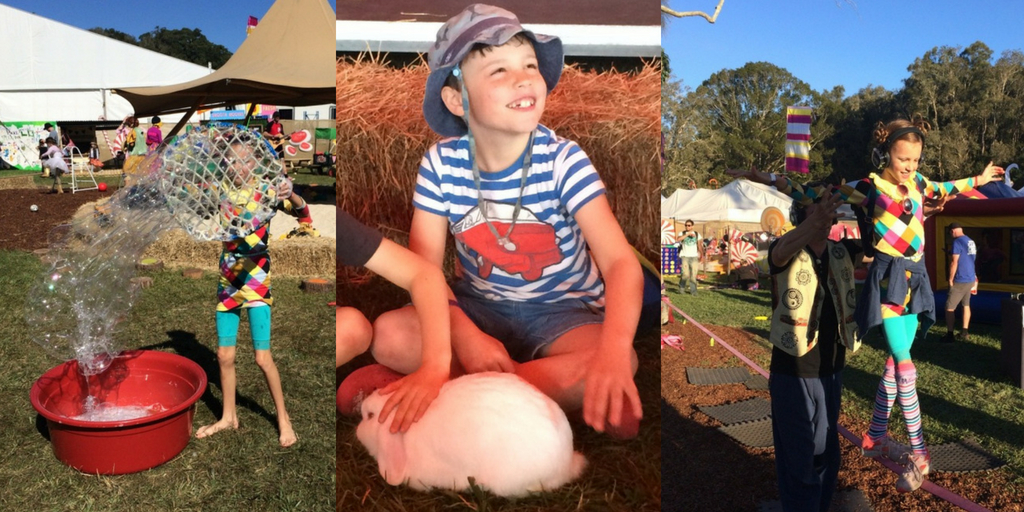 On Friday evening, when I went up to bed, I saw the light on in my daughter’s room. I popped my head around the door and saw that she was sat up in bed drawing. When I asked her what she was doing – she said she couldn’t sleep – after seeing all those funky costumes and amazing outfits people were wearing, she simply had to sketch what she was going to wear tomorrow – including the hairstyle! She’s pretty eclectic and it was right up her street to dress up! 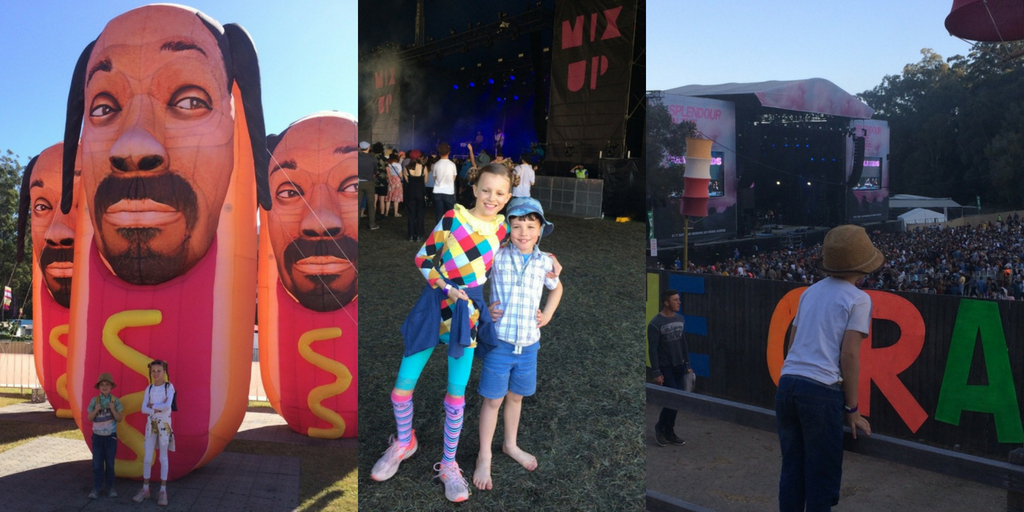 Blessed with blue skies and sunshine, we went every day, and every day the children became more confident and adventurous. The edgy atmosphere from the first day settled as everyone found their groove and we wandered around the festival with ease and enjoyment. As a family we enjoyed sitting on the hillside at the amphitheatre watching a band, had some fun dances in the Tipi Forest and on the last day managed to stand at the back of a couple of tents with the kids on our shoulders and big smiles on our faces! Without a doubt, none of this would have been possible without Little Splendour and we are forever grateful for the relaxing, fun and safe haven they provide for children and their parents at Splendour In The Grass. 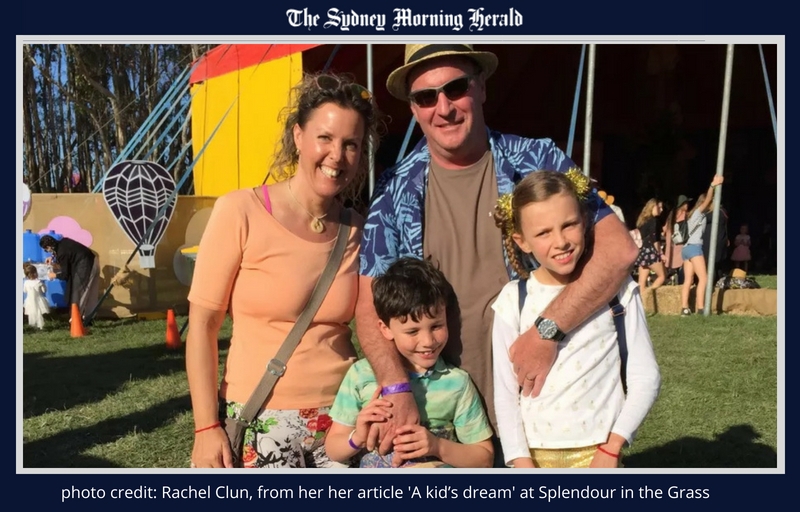 Will we be back next year? As we happily said to Rachel Clun, a reporter with the Sydney Morning Herald  – and the only person who managed to capture a family shot of us all at Splendour 🙏  (click the image to read her article) 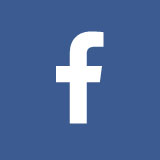 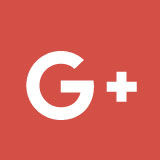 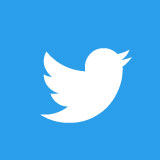 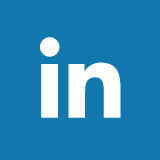 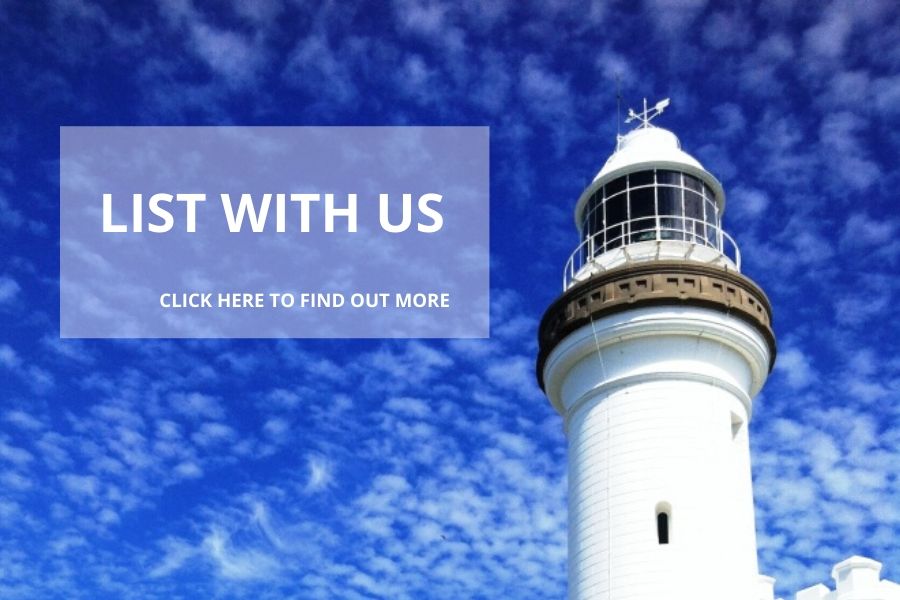 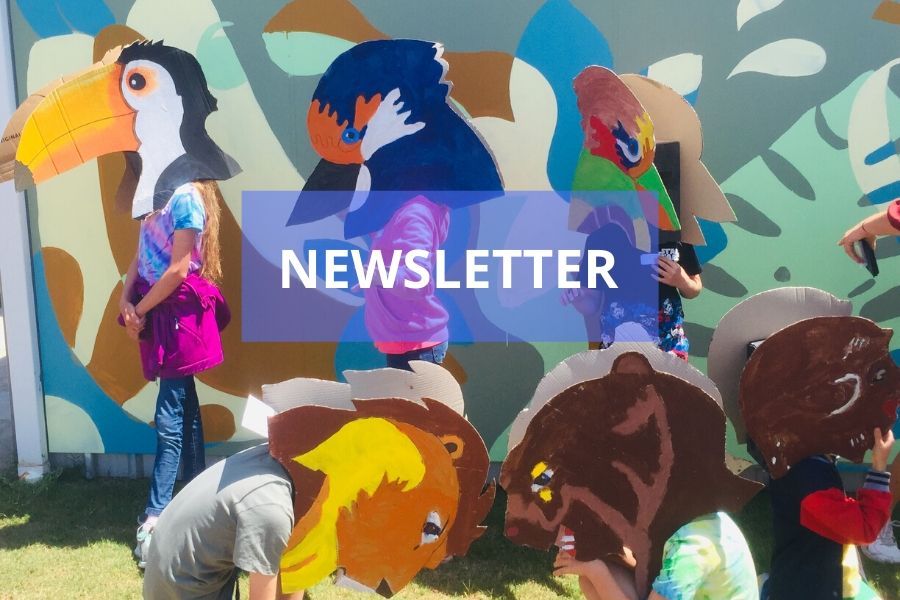